THE COVID EXPERIMENT: How 3D Printing is Disrupting the $12 Trillion Manufacturing Industry 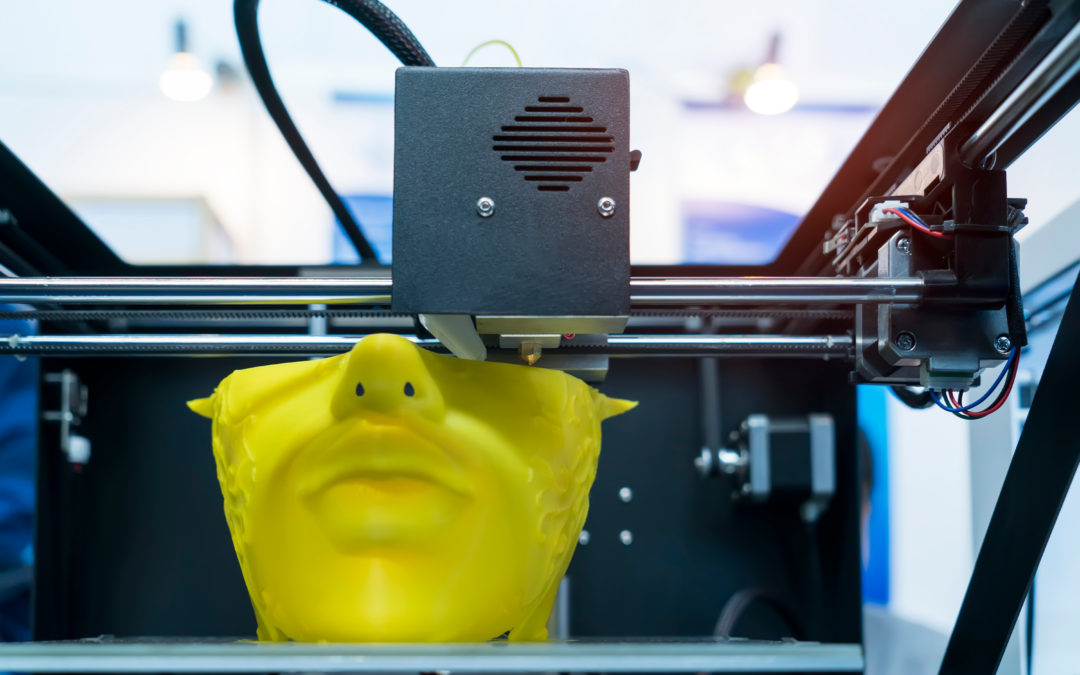 A few weeks ago, the government issued a urgent request to British manufacturers.

With hospitals running short of vital equipment, they asked for engineers and manufacturers to switch production to emergency medical devices.

And they needed them quickly.

And so the British manufacturing industry clicked into gear.

In just ten days, Dyson spun out a design for a brand new ventilator.

A consortium led by Ford, Airbus and McLaren  announced that it would scale up production for 10,000 new ventilators.

But perhaps the impressive response has come from smaller manufacturers…

All around the country, engineers at universities, labs and tech firms have responded to the request for equipment.

These companies don’t have the resources of Ford or McLaren, but in a matter of days, they have managed to spin out face shields, visors, swabs and even new designs for ventilators.

These devices are proving invaluable during this crisis.

For example, Dr Pashneh-Tala and his team at University of Sheffield have managed to  make 600 face shields for healthcare workers, with materials that cost just £1.80.

These devices have been sent to local GP practices, social workers and paramedics.

Or take the example of Gary Riches (pictured below), a software engineer from Hertfordshire.

So far, he has made 150 face shields on his two 3D printers at home, and says he has delivered 39 of them to community nurses and midwives locally. 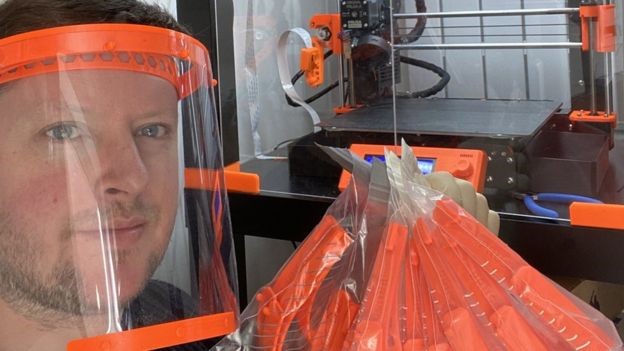 In fact, thousands of 3D-printed masks have been made and donated to hospitals, GPs, pharmacies and paramedics.

And it is the same story in many other countries.

In Belgium,  3D-printing company Materialise has developed a device that can convert standard hospital equipment into a ventilation mask.

The design is ingenious. It works by creating pressure in the lungs in order to improve your breathing. 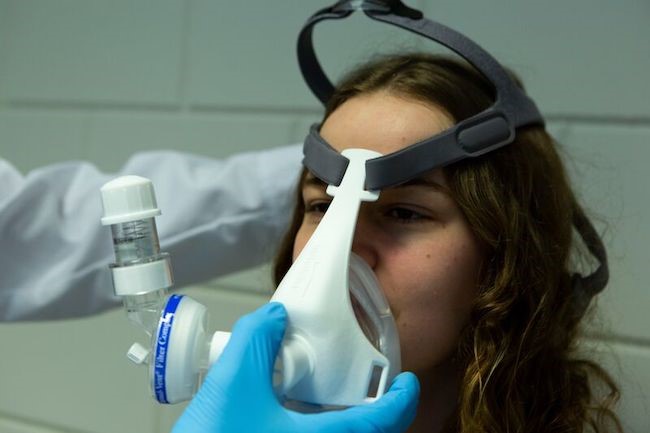 And it’s already being used in hospitals to reduce the time that patients need to spend on a ventilator.

3D Printing is scaling up in a big way

This is a heartening story.

But it’s one that I think will continue for long after this crisis.

Because these 3D printing machines are not just useful for producing medical equipment. They are also being used to produce complicated parts for cars, planes, trucks and rockets.

And I think over the next few years the industrial use cases are going to soar.

Let me give you three reasons.

For one thing this method of manufacturing is fast.

You start with a simple design. And then use the 3D printer to execute the design: printing out material one layer at a time.

By building objects layer-by-layer instead of using a mold, 3D printing dramatically shortens the time between design and production.

We’ve seen that with the medical equipment that the citizen army have churned out.

But it’s also true at the big end of manufacturing: Audi, for example, has used 3D printing to reduce prototyping and product verification lead times by 50%.

Secondly, these machines are ideal for designing a new generation of machines that reduce carbon emissions.

The resulting part was 45% lighter than the current partition and, if used on the full backlog of A320 planes, could save 465,000 metric tons of CO2 emissions per year.

That is the equivalent of taking 96,000 cars off the road.

Airbus expects 3D printing to bring 50% in weight savings and 60-70% in cost savings to its A350 aircraft parts.

It is already leading a drive towards “reshoring”: with big manufacturers using local printers and employees to design their machines, instead of relying on factories that stretch across Asia and Latin America.

This story alone will cause a huge disruption to the global manufacturing industry.

Right now the market for 3D printers is mostly in planes and cars.

But in time, it will also be used to print many other parts, some even human.

Carbon, a Silicon Valley-based 3D manufacturing company, has pioneered a way of 3D printing which uses light and oxygen to rapidly produce products.

Their clients include Adidas, BMW… and the dental industry.

You can watch a video of Carbon 3D printing teeth here.

Meanwhile, Organovo has been working to 3D print new tissue that will be ideal for treating chronic liver failure, a disease that attacks millions of people around the world.

I think this ability to re-engineer matter — living and non-living — at the molecular level is the key industrial story of the coming decade.

Leading specialist researcher Wohlers Associates sees the market swelling from $20 billion in 2021 to over $90 billion in prospect by mid decade.

Other analysts’ estimates range from $12 billion to $490 billion for the next five to ten years.

And companies such as Carbon, Materialise, Stratasys  and Organovo look hugely promising.